We strongly believe in the undisputed value of documentary film as a cultural value of our Region. Documentary film in all its different forms – creative, reportage, factual, historical – owes its strength to its inner peculiarities: freedom, flexibility and the potential to record and interpret social and cultural changes.

Among the activities carried out by the Association are:
– Organization of festivals and documentary showcases in various parts of the Region
training workshops with international experts
– International meetings with foreign producers for co-productions and professional exchanges
– Conferences and meetings on documentary
– Educational projects in the schools
– Training courses for teachers, education professionals, students
– Partnerships with regional, national and international subjects, including institutions, universities, festivals and associations
– Participation in international fairs, markets, and events

Main partners of the Association are the Culture Regional Ministry, the Regional Videotheque, the Regional Assembly.
For further info please visit our siteweb

A SAMPLE OF CURRENT AND PAST PROJECTS

DOCUMENTARY AT SCHOOL (2007- present)
A project which sees the partnership of D.E-R and the Regional Videotheque, aiming at the promotion of the cultural, social and educational value of documentary. It fosters the distribution and showings of documentaries in educational settings.
www.assemblea.emr.it/biblioteca/attivita-e-servizi/iniziative/iniziative-scuole/doc-scuola

DOCUNDER30 (2007- present)
An itinerant documentary showcase dedicated to authors under 30 years of age. The 2-day event takes place in a different city each year, and it sees the presence of young authors and film experts, journalists, film critics.
www.assemblea.emr.it/biblioteca/attivita-e-servizi/iniziative/rassegne/docunder30-2012

ESTATE DOC (2009 – present)
Summer documentary showcase, which takes place in public spaces (squares, courts, parks, beaches). It combines the promotion of documentaries with the appreciation of the regional territory.
www.assemblea.emr.it/biblioteca/attivita-e-servizi/iniziative/rassegne/estatedoc

TRAINING WORKSHOPS FOR SCHOOL TEACHERS (2009 – present)
The Association organizes training workshops for schools teachers in partnership with local and national institutions, to promote the use of audiovisual techniques in educational settings. The workshops are held in different cities: Modena, Forlì, Ravenna, Imola, Bologna.
www.assemblea.emr.it/biblioteca/attivita-e-servizi/chi-siamo/videoteca/programmi-2012-2011-2010-corsi-di-aggiornamento-docenti

DOCUMENTANDO
The website “Documentando” offers visibility to documentary authors, who can create updates on their activity and productions directly online.
www.assemblea.emr.it/biblioteca/attivita-e-servizi/iniziative/collaborazioni-e-progetti-1/documentando 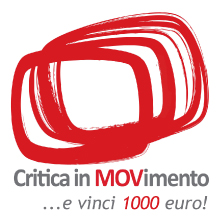